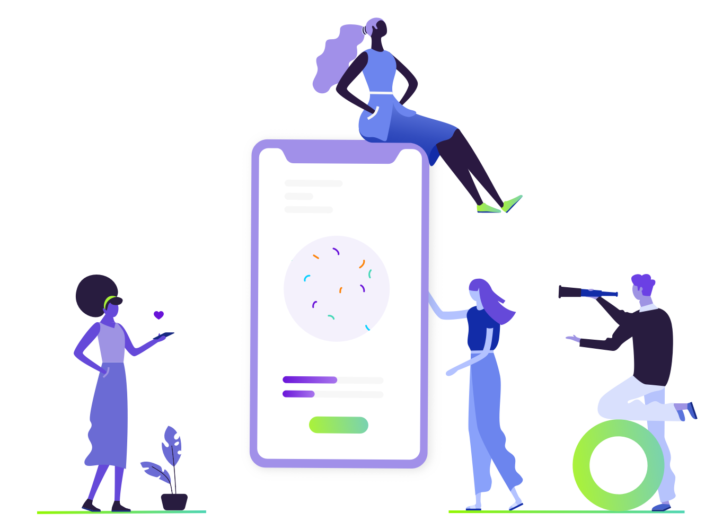 If you were around for the early days of the iPhone, you might remember an advert that spawned one of Apple’s most well known catchphrases; “There’s an app for that”. Interestingly enough, not only did Apple popularise the term app, calling the storefront of their original iPhone the ‘App Store’, they may also have invented the term.

What’s the difference between a mobile app and a web app?

Native mobile apps (what most of us understand as ‘apps’) are designed for specific operating systems on specific devices, for example iOS or Android. Web apps are accessed via a web browser and can be utilised on a variety of devices.

That’s the surface detail but we can delve into things further. An app designed for iOS won’t work on your Android device, that’s pretty clear, but it also won’t work on another Apple product, such as your MacBook. Obviously this makes device specific apps restrictive, but it also allows developers to focus on making their apps work best with the pros and cons of an operating system and platform in mind.

But what if you want an app to work on multiple operating systems or device types? Well, you could create device and operating system specific apps, which many app developers do. In fact, this is the route that many web browser developers take. You can download the Google Chrome app, or the Brave app, or any number of web browser apps, all developed for specific environments.

This requires a lot of extra work. For this you may need specific coding knowledge, or to use languages such as NativeScript. Some low-code and no-code platforms also allow you to build apps with multi platform functionality built in. You may also need to meet the requirements for specific storefronts. An app which meets the minimum requirements for the Google Play Store, might not meet them for the App Store.

Web apps aren’t platform specific as they run on web browsers. Different web browsers have different optimisation issues, but writing a web app generally opens up your audience to anyone with a web browser. Writing a web app that runs well in Google Chrome, for example, means that anyone with Chrome on their phone, laptop, PC, tablet, or other device can run that app.

That isn’t to say that making a web app is a one-size-fits-all affair. Obviously different iterations of web browsers on different platforms and devices will add their own issues. For example, how will your app be displayed on a mobile web browser vs a desktop version of the same browser? But it does mean that making a web app allows you to cater, out of the box, to a larger audience.

How does a web app work when I use it on my mobile device?

Web apps on your mobile device might open directly into your default browser, or they might use a clever approach that you’ve probably seen without realising. Some mobile apps that you can download now are really web apps in disguise. In these cases, what you download from your app storefront will really be just a window into the web; essentially a lightweight browser made specifically to house the web app.

If you’ve downloaded a new app in the last few years and got a sneaking suspicion that the UI looks very similar to the browser version, that may well be the case. It’s a nifty way of creating a universal application that can be engaged with in the most accessible way possible.

Why do we use web apps?

Here at Atlas, accessibility is one of our gold plated watchwords. We want our software to be as accessible to as many people as possible, so we can help everyone achieve digital transformation and real, sustainable sustainability.

With that in mind, our software is delivered as progressive web apps. That means we can work hard on the functionality, scalability and accessibility of our software without worrying about jumping through arbitrary hoops laid out by one restrictive platform or another.

We also want our apps to be used with collaboration in mind. When you map a business process in Atlas Play, we want that process to be accessible to every relevant person, regardless of the technology they use.

We’re keenly aware that the modern workplace is a shifting and mobile thing. You could start mapping out a process in the boardroom, which then gets amended on the shop floor, run by someone in another location, and finally replicated by another arm of the business entirely. By using web apps as the foundation of what we do, we make sure that’s possible.

To try our award winning iBPM software, give the link below a click and start your 30 day free trial now.