If you’ve been keeping up with Atlas happenings you’ll know we recently attended the European Supply Chain Management Summit. We’ve released a few articles leading up to it around a talk our own Martin Kelman was giving on digital threads.

Now the event has happened, we wanted to wrap things up by taking some time to chat to the man in question. To that end, we had a little internal interview with Martin Kelman himself.

Martin: A digital thread comes in different forms. Firstly they are described by your design thread, which is making your product and thinking of the things you need to make. It runs all the way through from design to through to the maintenance of the product.

The next is focused on your supply chain, so the physical delivery of those materials and ingredients. That requires electronic information exchange. That exchange ensures the materials arrive when you’re ready to manufacture your product.

These first two elements coincide in a ‘this is what I want to make’ and ‘this is when I want to make it’ relationship. On the output of that thread is ‘how do I need to maintain the product’.

These digital threads live in a hierarchy. You need to understand whether they live at an enterprise level, at a site level, or at a machine level. And that form of a digital thread cuts across the two main threads, supply chain and design to maintenance, almost perpendicular to the main two.

Why do they matter so much to supply chain management?

Therefore, you actually reduce things like time-to-market because you’ve got a more efficient exchange of ideas and concepts built within that data. It can run seamlessly between those previously siloed parts of an organisation, and within your supply chain. Overall, you should have a frictionless exchange of information across those digital threads.

How did the attendees respond to your utopian ideal of a digital thread?

M: I think, to begin with, with slight bemusement. The reason we picked the title of the presentation, Shock of the New, was to reference a program from the BBC about modern art and its impact on culture. And to start a talk about modern art and artists, then segue into the concept of digital threads raised some eyebrows!

But by talking about technology in the modern world and in social media, and utilising these technologies in an Andy Warhol sort of way, got people thinking. The idea of creating it once and replicating it a million times, rather than making a custom made suit, or an individual piece of art, linked those two concepts together. 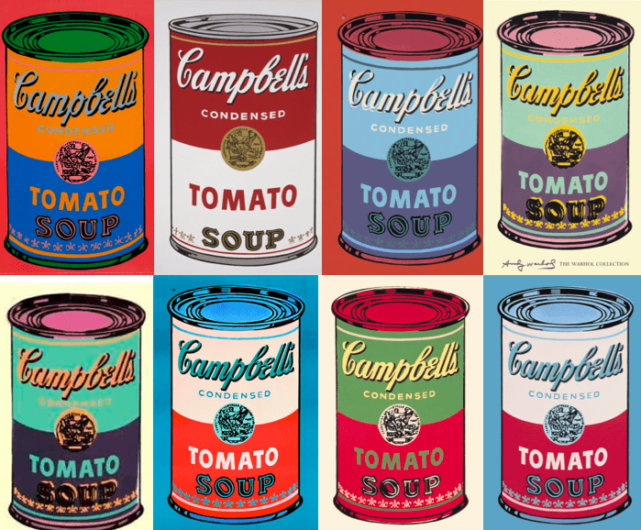 The other thing they liked was discussing Picasso’s idea of it taking him a lifetime of experience to draw like a child. It takes a lot of knowledge and expertise to create something simple. That’s the message I tried to get across and it’s one the attendees seemed to respond to well.

So, generally, a bit of bemusement! But I think you could see a change in the engagement for something that was slightly different, a bit more interesting. I had people coming up afterwards saying they enjoyed it, so mixing the arts and technology made for an interesting chat.

What did you learn about supply chain management issues at the event?

M: We talked to a number of customers, and it was often surprising because it’s not a world we’ve been so directly involved in historically. What we’ve found over the last few years though is that a lot of manufacturing engineers, who live within the design thread, are moving through to the supply chain thread as well.

Those engineers are bringing through their ideas on lean manufacturing and other things we’re really excited about, such as APQP and APQC and other industry standards. These standards are really describing the concept of new product introduction, and that part of the digital thread.

So, yes, talking to diverse businesses and hearing them pick up on the fact that these are things that they hear about, and that they know about, but perhaps they don’t yet think about it in terms of a systems world or a business process world. That’s interesting and presents exciting opportunities, showing them that we can bring those ideas to life using hyperscale technologies such as Atlas.

Did you get a chance to show off the Atlas Platform at all? If so, how did people find it?

M: People really did pick out the elements we’d hope for, asking about business process mapping, what it means, what the significance is. We were asked how you transfer from this industry three world, with its hundreds of disparate applications to this utopian digital thread, digital twin, digital platform approach.

And some of those questions were rooted in the fear of cost, of course, the cost of making that change. I explained that these technologies also allow for different business models, for example freemium subscriptions and try before you buy, so they can get value from the platform even before they invest.

Those were things, I think, that they hadn’t considered. The assumption seemed to be that it was always going to be a whole lot of CapEx added to their existing industry 3.0 CapEx!

Being able to demonstrate that these things we’re discussing, the core of our talk and what we do as a business, aren’t going to be unattainable. That, I think, was very exciting for people. Hyperscale technology is available, and affordable!

What was your ‘big win’ of the event? What are you most excited to share with people?

M: The big win is always going to be talking to customers. I know we just touched on it, but yes, sharing experience, gaining insight on people’s issues face to face, that’s always the most exciting part of these events.

It’s one thing being on stage, demonstrating your wares, but there’s the bigger element, which is getting to understand the real problems that customers face. Some of them reinforce your existing feeling, but some of them also force you to rethink how you operate.

The real challenge for business has always been change, and that’s been a big takeaway yet again. This time round it’s how do you change your business when you have access to this type of hyper scalable technology. How can business benefit from that? That’s going to require some thinking.

So the big win is really that businesses accept that cloud technologies, edge computing, that sort of thing, are part of our future, they just need to know how to adapt to make the most of them. It’s not an ‘if’ question anymore, instead we’re hearing ‘how’ and most excitingly ‘when’!

What’s next for Atlas Live? Where are we going next?

M: We’ve got a few things lined up. They’re predominantly in the 5G space, unsurprising as that’s right in that hyperscale technology world with low latency, high bandwidth, autoconfiguration; the things that enable all of the stuff we love.

So we’ve just presented at a conference for UK5G in manufacturing, and we’re at another one talking with TWI around their WeldZero project, presenting some of the concepts and technologies we’ve been derisking through innovation projects.

That’s it for now on the utopian ideal of digital threads, though we will absolutely be talking more on it in the future. To keep up to date on all things Atlas, make sure you’re following us on LinkedIn, Twitter, and Instagram